JP
EN
HOME
CONCEPT
HISTORY
TECHNIQUE
MASS PRODUCING
STORY
DISCOVER
TRADITIONAL TECHNIQUE
Kiseto, Setoguro, Shino and Oribe, which appeared in the Azuchi Momoyama period and are called Mino Momoyamato, are based on today’s Minoyaki techniques.
Minoyaki uses decorative methods such as free and original form, and both bold and delicate painting, which produce a variety of unique pottery.
Varieties of pottery
Kiseto 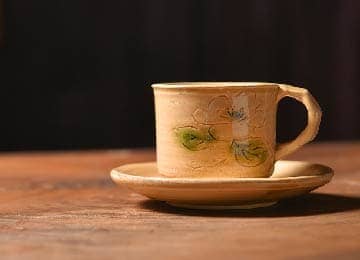 Thin raw clay coated in light ash glaze and then baked, gives the Kiseto a yellow color. There are two types of pottery. One type is thin, glazed and well baked, using a method of decoration such as stamping chrysanthemum and cherry blossom, carving in iris and ume blossom designs. The other type uses thick clay without decoration but shiny gloss.
Setoguro 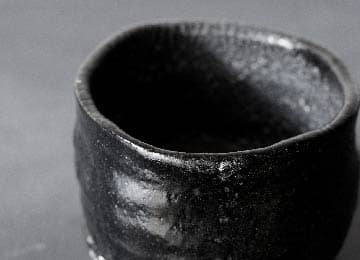 Produced during the Tensho period (1573-1592), called also Tenshoguro or Hikidashiguro.In the beginning, Setoguro was a bowl as a color sample to check the coating, which used an iron glaze baked at a high temperature of about a thousand two hundred degrees. Then removing the kiln using metallic rods, the glossy black color is created by cooling rapidly.
Shino 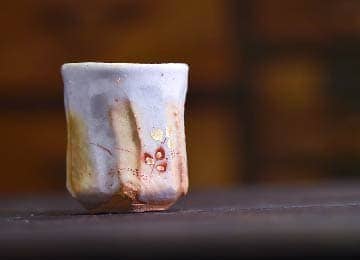 White pottery, which is deeply coated by feldspathic glazes and baked in a large kiln with high temperature.It has small holes like orange peels and the color of scarlet comes out naturally.Shino pottery comes in varieties such as Mujishino, baked using only clay and glaze, Eshino, painted by iron oxide pigments, and Nezumishino, covered with clay containing iron oxide and coated by feldspathic glazes.
Oribe 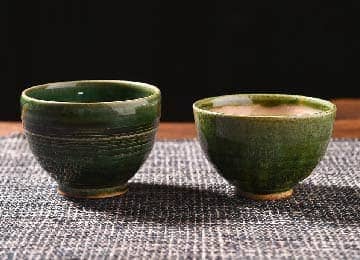 Primarily a pottery coated by green glaze but also using iron and feldspathic glazes. There are many varieties and attractive designs: Hyogeta zoukei (which means comical form), Ao-Oribe, partly covered in green glaze and the rest patterned with iron oxide pigment and then finished with white glazes, and Oribeguro, which uses black glazes.
Decoration
Kannyu 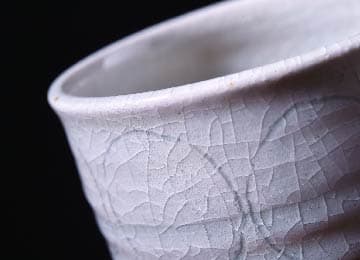 It is a decoration technique where fine cracks are made during the glazing process and are used as patterns.
The cracks are created by the shrinkage and expansion of the raw clay as the glaze baking and cooling process happens.
To emphasize cracks, sometimes the artisans use black and red.
Icchin 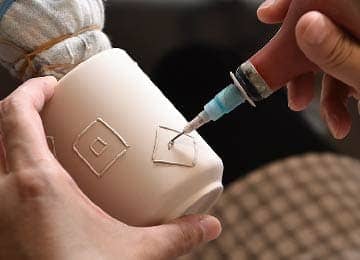 It is a decoration technique similar to decorating cakes, by squeezing the slurry glaze out of a pipe.
This technique forms the surface of the pottery into a solid, three-dimensional pattern, referred to as Tsutsugaki. Shading and texture not usually seen on flat designs are produced.
Sometsuke 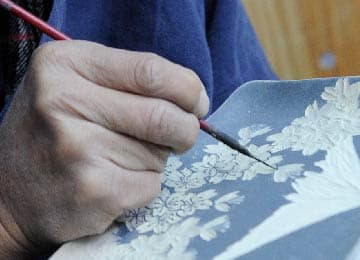 Drawing patterns on white clay using pigment called Gosu, coated with transparent glaze and baked. After baking, patterns change their color to indigo.
There are artisans who keep the traditional style of Mino-kosenntsuke, which have been handed down since the Edo period (1603-1868).
Akae 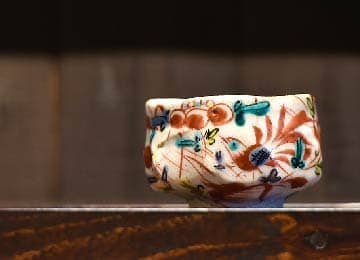 Type of overglaze painting. Glazed and baked plain ware, painted with indigo color Gosu and overglaze with red, green, yellow and indigo as a top coat. Based on the color red, gives its name, “Akae” (which means red painting).
TOKI MINOYAKI STORY